Immigration. It is the hottest and most critical issue of our era.

Pianist and Venezuelan ex-pat Gabriela Montero knows this dearly enough to have built a performance around what she called “a very emotional theme.” Montero’s unique program, “Westward,” was presented by Portland Ovations as part of an extended focus, commemorating Maine’s bicentennial of statehood, its people and places, past, present, and future.

“I’m an immigrant,” Montero said from the stage at Hannaford Hall Saturday afternoon, January 25, 2020, in introduction of her improvised score to Charlie Chaplin’s classic silent film, “The Immigrant.” “Being an immigrant is something you carry with you all your life, it never leaves you.”

“I’m an immigrant. Being an immigrant is something you carry with you all your life, it never leaves you” 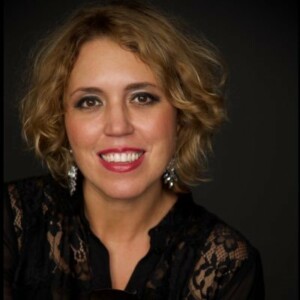 Fully attending to her words and music in the packed house were not only those one might expect to see at a classical music concert featuring the works of Prokofiev, Stravinsky, and Rachmaninoff–three Russian composers/pianists who fled “westward” to the United States as a result of the Russian Revolution of 1917.

“This was fantastic,” said Jennifer Cook, PMA’s Program Coordinator as her students, most of them immigrants as well, swirled happily around Montero after the concert, snapping photos and acquiring her autograph.

Montero’s performance was preceded by an Ovations Offstage panel discussion, “The History and Impact of Immigration in Maine,” in partnership with the Maine Historical Society on January 18. Panelists Maulian Dana, Tribal Ambassador, Penobscot Indian Nation; Tilly Laskey, curator, Maine Historical Society; Alain Nahimana, Executive Director of the Greater Portland Immigrant Welcome Center; Colin Woodard, journalist and historian, author of The Lobster Coast and American Nations, among others drew the full arc of immigration in Maine, beginning with the impact of the first white settler-colonists from France and England on the region’s native peoples. And just prior to the concert, pianist Laura Kargul delivered a lecture-demonstration on the renowned improvisational skills of some of the greatest classical composers including Bach, Beethoven, and Chopin.

“I do believe Chopin invented jazz,” she said, in reference to the composer’s Ballade No. 4. “If anyone had brains in his fingers, it was Chopin.”

“When I improvise it is something new that will never happen again,” Montero said before launching into an audience-suggested improv on the “Star Wars” theme.

The well-received programs were made possible by the generous support and kindnesses of two former Ovations’ nonprofit trustees: Susan Goldberg whose family fund, the Susan and Jerry Goldberg Fund, underwrites Ovations’ piano concerts; and Jane C. Wellehan, whose bequest provided the foundation for O2 Community Tickets.

About the Author: Linda Nelson