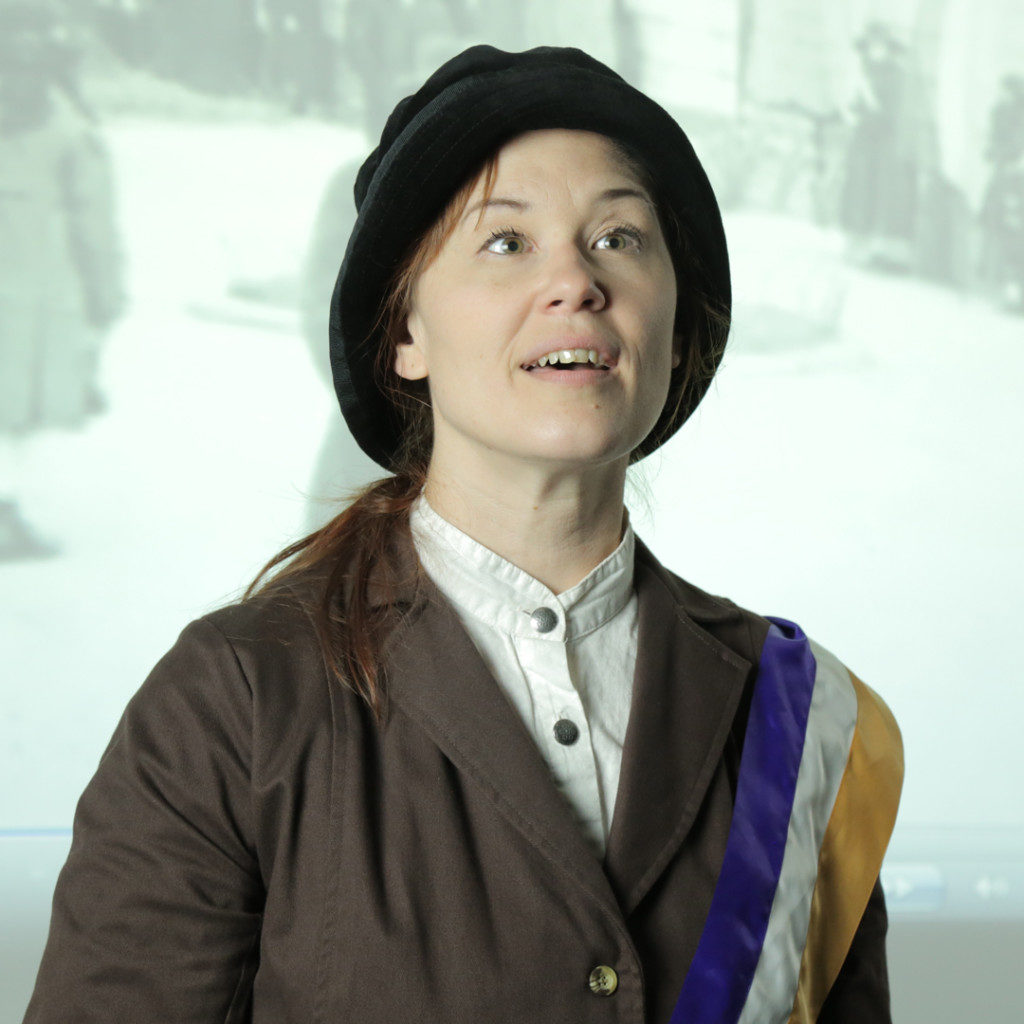 Join the 72-year battle that won half of America’s citizens the right to vote 100 years ago. This dramatization of a young woman, Jessie’s, experience as a suffragette during the World War I era brings to life the rock stars who started the movement, such as Susan B. Anthony and Elizabeth Cady Stanton; the generation who continued the fight, like Alice Paul and Lucy Burns; as well as those who opposed it–including her own parents. Jessie soon compares the women’s fight for democracy to the one her brother stands for as a soldier in World War I. As tragedy strikes both at home and abroad and the battle for the vote continues to escalate, everyone in Jessie’s family must face their own decisions about what they believe is right and the actions they are willing to take on this pivotal issue.