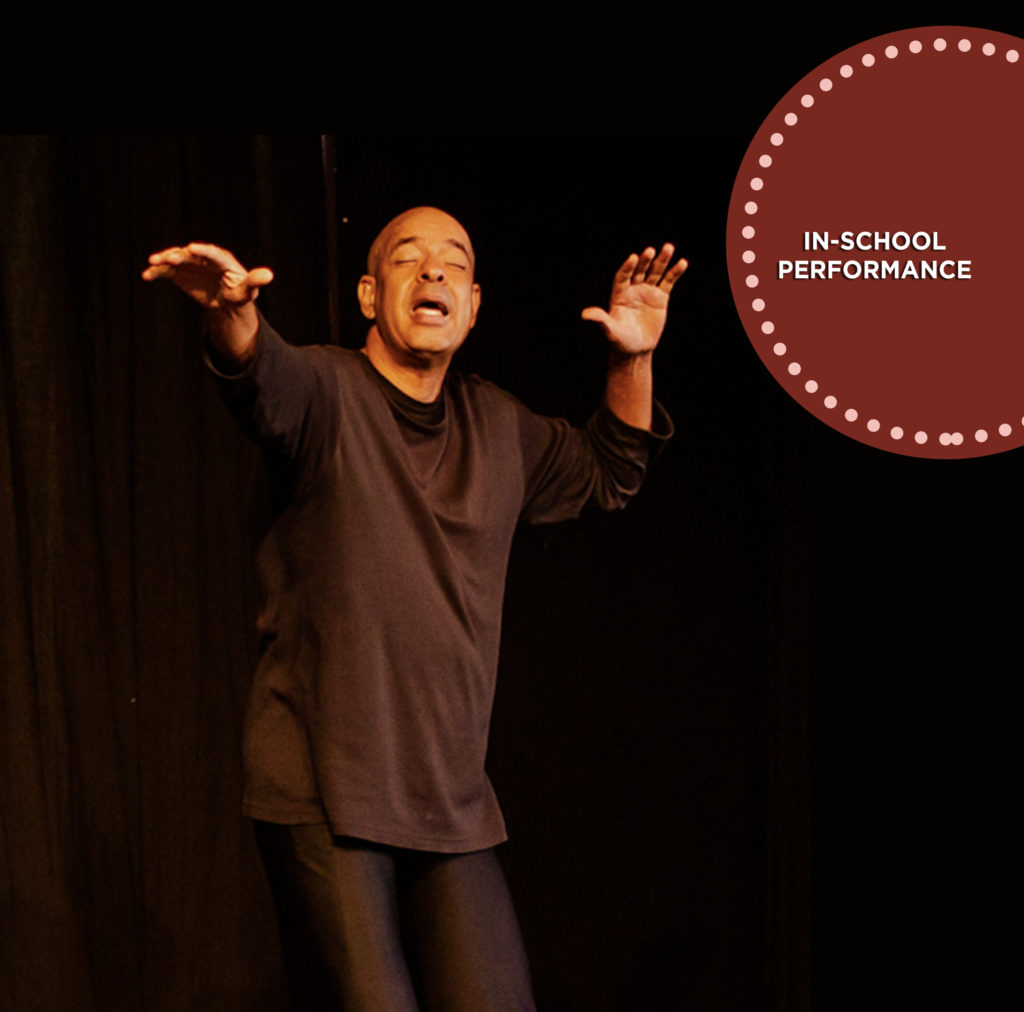 "Antonio Rocha’s performance of Malaga was riveting! Antonio masterfully activates the imagination of the audience using history, mime, and spellbinding characters to tell this tale in a unique and fascinating way. He navigates us through a litany of emotions, and in conclusion we discover that we learn a great deal about history and ourselves."

This event was previously title “The Malaga Ship Story”.
The Malaga was a 183 ton brig built in Brunswick, Maine by Joseph Badger in 1832. Not long after launch, the ship found itself a part of the Transatlantic slave trade, despite the 1808 law that prohibited the importation of enslaved people. The Malaga Ship Story is a tour de force performance by award-winning, and world-renowned storyteller Antonio Rocha. Using his entire body and voice, Antonio sings, dances, narrates, and mimes his way through this poetically toned historical tale told from the perspective of the ship. The story vividly explores the reality and impact of the slave trade then and now through Antonio’s relationships to Maine and Brazil. Each performance is followed by a moderated conversation with a facilitator, Antonio and the student audience.
Antonio Rocha was a resident artist at Indigo Arts Alliance in Portland Maine for the month of October 2021 where he developed the performance with grants from the Maine Arts Commission, The New England Foundation for the Arts as well as consulting support from Smithsonian Scholar Dr. Kate MacMahon.
Antonio Rocha, originally from Brazil, came to the USA In 1988 to study mime with Tony Montanaro. Since then Antonio has performed his unique fusion of mime and spoken word with his tenor voice and realistic sound effects from Maine to New Zealand covering 20 countries across 6 continents. Antonio has many recordings, a picture book, and is a two time TEDx presenter. Amongst his many awards received, he has earned the coveted Circle of Excellence Award by the National Storytelling Network for his “exceptional commitment and exemplary contributions to the art of storytelling.

Email offstage@portlandovations.org for information on scheduling and performance fee.

Stay tuned, an educator guide for this performance is coming soon. Click here to view and archive of guides from past performances.