Our Stories – For the Love of the Work: Maine Artist Galen Koch

Born and raised on Deer Isle, Galen, like most Maine islanders, does a variety of things for work. As her website notes, she makes radio stories. Podcasts. Videos. She writes stories. Sometimes she creates fiber arts. And sometimes she teaches.

Galen likes it this way.  For the past two years, she also has been the producer and writer for P.O.V. (Portland Ovations’ Point of View), a podcast series launched by Ovations in 2019, just pre-pandemic, and funded in part by a major project grant from the Maine Humanities Council to bring Ovations’ artists closer to our communities.

“I do this work so I don’t have to pick a job,” Galen said in a recent conversation. “I get to do a million jobs. I get to interview other people about their work. I always think about Studs Terkel in this regard. Why do you do what you do, and why is it important?” 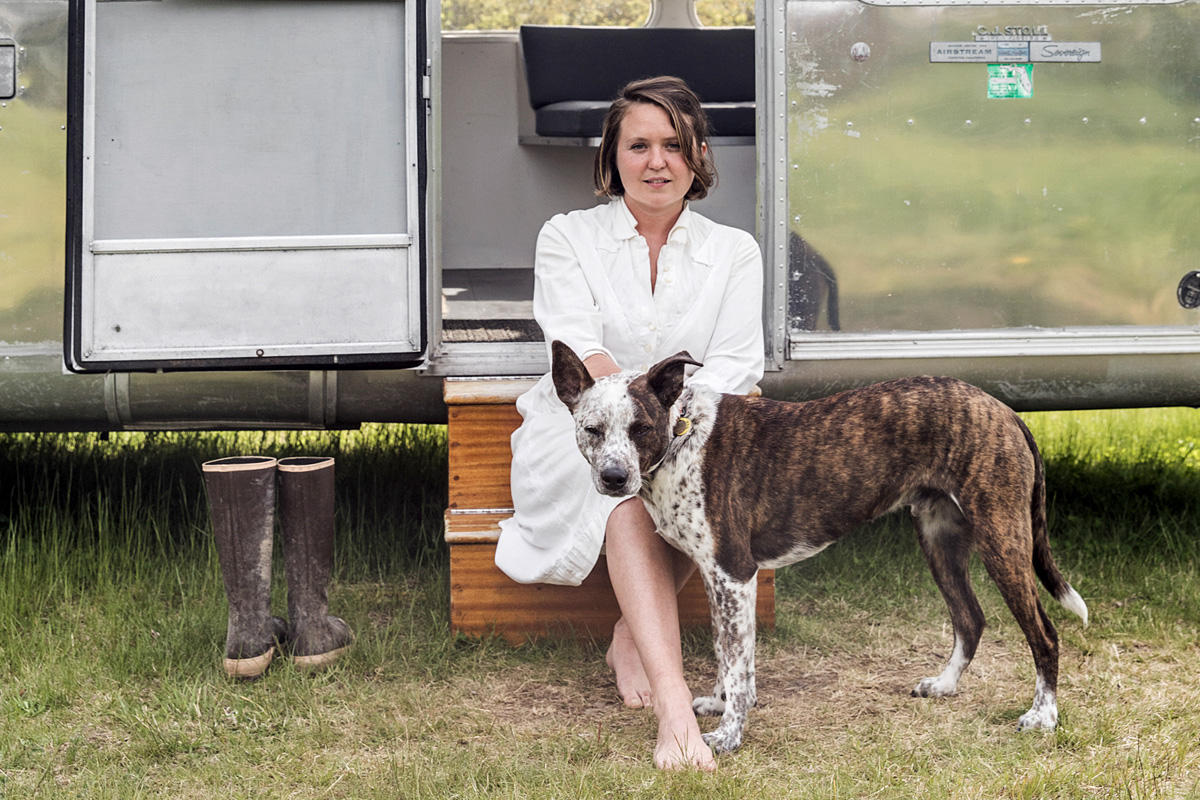 Most of Galen’s work these days revolves around Maine’s commercial fisheries, its environment, and natural-resource based economy. She is making podcasts and teaching for the Island Institute and the College of the Atlantic in addition to continuing her own project, The First Coast. The First Coast is an innovative initiative for which Galen restored a decaying family trailer into a mobile studio and exhibition space to collect sounds, stories, images and ideas from Maine’s year round coastal communities that “contribute to a collective coastal memory and seek to reconstruct existing narratives and mythologies of both Maine and Mainers.” She just returned from a week of sheep shearing on islands off of Acadia National Park, for which she and Portland-based photographer Greta Rybus previously produced a feature for the New York Times’ The World Through a Lens series.
“It’s been really fun to have the opportunity to connect with other creative folks, in Portland especially,” Galen said about her most recent work for P.O.V., a mini-series profiling Ovations’ commissioned Maine artists. “To discover new artists and to think about art making a little more in depth, connecting to my own creative roots.”

The first podcast Galen produced for P.O.V., released in December 2019, was “Celebrating Maine’s Queer History with Taylor Mac and Machine Dazzle” and was one of the most memorable for her. Machine’s week-long residency at MECA and exhibit along Congress Street, along with a panel on Maine’s queer history and hanging with Taylor at the post-performance party, made visible to her for the first time the way Ovations makes community connections with the artists we present.
She finds real connections between these artists and the other Maine workers she profiles. “One of the things I love about people who work on the water or in natural resource-based work is that it’s not only for money but for other reasons. It’s really hard work. And this is really true for artists, too.”

Ovations’ podcast series was created to open out and broaden accessibility to artists’ voices in our communities. “Podcasts are a real democratization of voices,” Galen says of why she loves the genre. “You can listen anytime, anyplace without a screen. It’s different from reading: you get to hear someone’s story in their own voice…the un-narrated voice for me is very powerful. There’s something for everyone.”