An Evening Without Borders: A Far Cry featuring David Krakauer 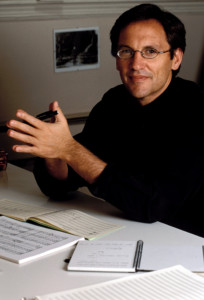 I first became aware of Osvaldo Golijov back in the early ‘90s when he was a Fellow at Tanglewood for the summer. There was “buzz” about this interesting, imaginative young composer. In 2006, his important career already established, good friends urged me to come to a world premiere of a piece of his commissioned by the Boston Symphony for Yo-Yo Ma.

Alas, I did not get to go, but I remember Richard Dyer’s review in The Boston Globe and even after all these years recall reading that the composer was cheered like a “rock star” and the applause was “tumultuous.” Now, I like new music and have applauded composers present when their pieces are played, but cannot remember “rock star” and “tumultuous” used to describe crowd reaction.

Perhaps it is because there is something about Golijov’s music that is inviting and surprising, without the borders that geography and some classical music traditions enforce. He is one of the new dogma-free composers that have awakened interest in new music after decades of some contemporary music emptying concert halls.

For me, knowing a composer’s biography and the era in which he or she worked opens my mind to better listening. It is helpful for me to listen to Osvaldo Golijov knowing that his mother was a piano teacher who introduced her young son to chamber music and that she and his father, a physician, emigrated from Communist Romania to Argentina where he was born in 1960.

Growing up in a Jewish family exposed the young man to liturgical and klezmer music; living in Argentina exposed him to the sensuous nuevo tango of Piazzolla. Golijov’s 1994 piece, “The Dreams and Prayers of Isaac the Blind” is the centerpiece of the program titled “Dreams & Prayers” Portland Ovations will present on November 15 at 7:30 PM at Merrill Auditorium. David Krakauer, the renowned artist who also knows no borders, will play the clarinet line and A Far Cry, the crackerjack chamber orchestra that energizes the new music scene, will play the orchestral version of the piece, which was originally scored for clarinet and string quartet.

Isaac The Blind (c. 1160-1235) was a Kabbalist rabbi in France. His mystical concepts and solemn examination of prayer inform Golijov’s piece. “The movements of this work,” the composer has written, “sound to me as if written in three of the different languages spoken by the Jewish people throughout our history. This somehow reflects the composition’s epic nature. I hear the prelude and the first movement, the most ancient, in Aramaic; the second movement is in Yiddish, the rich and fragile language of a long exile; the third movement and postlude are in sacred Hebrew.”

This intensely spiritual work anchors a program that will include an orchestral setting of O Ignis spiritus paracliti arranged by A Far Cry from work by the mystic, visionary abbess Hildegard von Bingen (1098-1179): Oh fire of the Spirit and Comforter/ the life of every life created/ holy are you—giving life to every form. 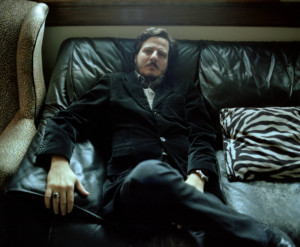 We will also hear Vecd by Mehmet Ali Sanlikol (b. 1974). He writes, “Vecd refers to a state of rapture or ecstasy. In Islamic mysticism, Sufi dervishes would try to attain the state of vecd during their ceremonies in which music played a central role.”

Born in Istanbul, Sanlikol played in Turkish rock bands as a young man and has a master’s degree in jazz studies from the New England Conservatory. The Boston Globe calls Sanlikol’s music “colorful, fanciful, full of rhythmic life, and full of feeling…and he is another who could play a decisive role in music’s future in the world.” 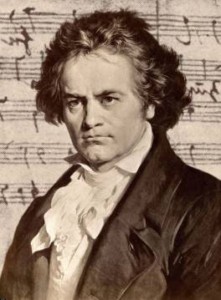 And there will be Beethoven (1770-1827). A Far Cry will play its orchestration of the middle movement of the String Quartet, Op. 132: Holy Song of Thanks by a Convalescent to the Divinity in the Lydian Mode.

And so, my friends, here is an evening of music without words created by composers inspired by words from several centuries. I once heard that music is a passageway between the physical and the divine, the real and the spiritual.

Let it resonate for you.

James T. Morgan is currently a Board Member of Portland Ovations and part of the Circle of Advisors for the Seeking Resonance Series. A Far Cry featuring David Krakauer is part of the Seeking Resonance Series, a dynamic series of multidisciplinary projects and Offstage experiences celebrating the transcendental quality of live performance. The word “resonance” speaks in an energetic way to how we feel music, and connect with an idea, an emotion and each other. The series is both serious and entertaining: at times quiet and contemplative and other times spirited and ecstatic.

About the Author: James Morgan